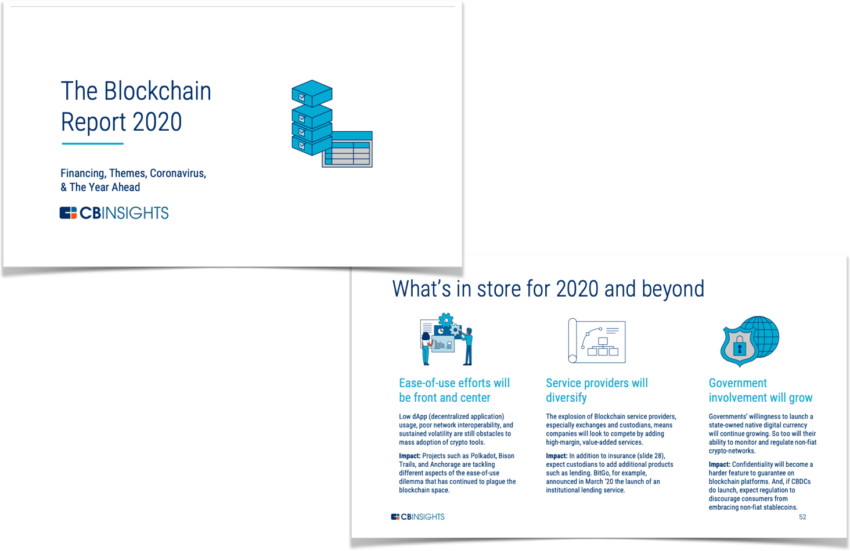 Here are some summaries from the report

Deal activities are moving from the US to China.

US and China companies dominate funding (69%), while NEO Global Capital from China and Coinbase from the US were the two most active investors in 2019. The commitment to funding their own ecosystem.

Funding to cryptocurrency companies has dwarfed funding to enterprise blockchain

Bitcoin price low correlate to other assets until the coronavirus

The central bank digital currencies (CBDC) have been discussed more on media. General-purpose is to replace cash for retail usage. However, it could threat the traditional banking system.

Without mentioned in CB Insight, Facebook launched the Libra project is also one key to speed up the discussions of CBDC.